Hit enter to search or ESC to close
Strata Title 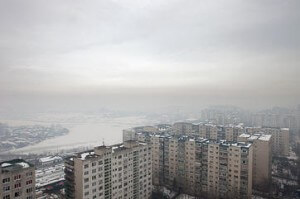 Based on the Law of Republic of Indonesia Number 20 of 2011 on Condominium (“Condominium Law”), the definition of Certificate of Building Ownership of Condominium Unit  (“SKBG Sarusun”) is an evidence of the ownership of condominium unit above the objects owned by states/regions in form of land or waqaf land by leasing.

SKBG Sarusun itself is an integral part that cannot separated, which consist of:

According to the Article 44 of Condominium Law, The construction of condominium is deemed as completed if the the Certificate of Ownership of Condominium Unit (“SHM Sarusun”) or SKBG Sarusun has been issued. For SHM Sarusun, the signing of the deed of sale and purchase (“AJB”) shall be made before the land conveyancing officer (“PPAT”), whereas for SKBG Sarusun shall be made before the Notary as the evidence of the transfer of rights. SKBG Sarusun is issued by regency/city technical institution which serve and responsible in the sector of buildings. For the issuance of SHM Sarusun and SKBG Sarusun, it is can be done after the land where the condominium will be build upon (joint land) has been granted and issued with the rights of the land, in accordance with the Law of the Republic of Indonesia Number 5 of 1960 concerning The Basic Principles of Agrarian,which is as follow:

Based on Article 48 paragraph 4 of Condominium Law, SKBG Sarusun can be use as security of debt by encumbering it with fiduciary guarantee. SKBG Sarusun can be use to secure debt with fiduciary guarantee by registering it to the the ministry that organize the government affairs in the fields of law. (Article 48 paragraph 5 of Condominium Law).