Hit enter to search or ESC to close
Underground Space

Provision on Underground Space in Special Capital Region of Jakarta 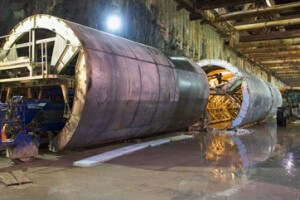 Jakarta is the capital city of Indonesia. A city that never sleeps and a city always surrounded by luxury and glamour. Many people come here to realize their dreams or at least get a better life. Technology has developed, urban planning is being planned, and other solutions created to fight against other issues. With huge amount of heads fill Jakarta, surely transportation, public places are continuously improved. Residences seem can ‘walk’ upper or under the city. There is an Underground Space where sooner or later will become a place for people do their activity. There is a regulation governing Underground Space. The Governor Regulation No. 167 of 2012 on Underground Space (“GR 167/2012) organizes the use, management, and enterprise of underground space in the Special Capital Region of Jakarta.

What things are Underground Space Consisted Of?

There are two classifications of Underground Space people need to know. First, it is the shallow underground space. It is located below the ground surface, and it has a depth until 10 m. Second, it is the deep underground space. It is located also below the ground surface, but it has a depth ranging from 10 meters to the boundary of technology mastery in the use of Underground Space or limitations according to provisions as regulated in the prevailing laws and regulations.

What kind of activities allowed in Underground Space?

The use permit of Underground Space

Since Underground Space has been set out in an exact regulation, there always be a permit from the government to be obtained by those who want to utilize the space. The permit issued by the Local Government is given to businesses to utilize the space with a specific board and also plays a role as a control of the use of Underground Space. The Local Government here consists of elements like a governor and local instrument. Of course, the permit is not issued recklessly without considering things as its goal. So the purposes of the permit are:

The Underground Space permit does not have a big difference with the regulation set up for the space above found, literally almost the same, but does not include certain zone which is particularly established. There are special criteria need to be followed if the Governor grant entirely the Deep Underground Space Utilization Permit. Of course, the Governor will issue the permit after considering the recommendation of the Head of Regional Instrument Work Unit (SKPD).

The party who have the permit and held the Underground Space Utilization is demanded to: