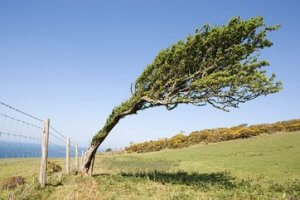 A piece of land which clearly certificated cannot be sold or purchased indifferently using girik letter, but should be based on the land certificate. Certificate of land according to law is authentic and infalliable evidence on its ownership. Girik letter is an evidence to collect the tax.

A. Summary of Case

VI Defendant has a land with right of ownership along with the building on the land under the right of ownership with an area of 19,850 m2 in Desa Pusaka Rakyat (now Kelurahan Sukapura), Kecamatan Cilincing, Kabupaten Bekasi (now North Jakarta) (“Land”).

The Claimant one day heard the news of tresspassing over the land and visiting the location of Land. Claimant found out that on the Land was built an ashpalt road for access to housing complex of BTN and marks for housing lots of Defendant, bought from Defendant II, III, IV, V, and VII. In the court examination, Defendant deny Claimant’s claim by stating that The Land was owned by Defendant trough girik land dismissal.

B. Legal Consideration on the First Stage, Appeal and Cassation Decision

In the first stage, in Central Jakarta District Court, Claimant’s claim was granted under the cosideration which principally stated that (i) Claimant is the individual who has the right of Land with right of ownership certificate based on transfer of land made between the Claimant and VIII Defendant as the proxy holder of the Land, and (ii) Defendant was proven to have built ashpalt road over the disputed Land.

In the appeal stage, Jakarta High Court granted Defendant appeal under the consideration which principally stated that the deed of transfer of substitution right and agreement held by the Claimant is not a transfer of Land right, but it was merely a proxy of Land. Therefore, Claimant cannot proof their right on the Land and building.

In regard to the decision of Jakarta High Court, Claimant submited cassation to Supreme Court. The Supreme Judges trough Supreme Court Decision No. 3176 K/Pdt/1988, dated 3 April 1990, granted Claimant’s cassation under the consideration which principally stated that (i) the release of land performed by Defendant was only based on girik letter (letter C) where the Land’s boundaries was unclear, and (ii) land that was clearly certificated cannot be sold solely by girik letter, but should be proven by land certificate as authentic evidence of land ownership. On the other side, girik letter only as evidence to collect the tax.