Article 24 Paragraph (1) of the Government Regulation Number 24 of 1997 on Land Registration (“GR No. 24/1997”) regulates that, for purposes of land registration which comes from the conversion of old rights, are proven by the evidence of existence of such rights in the form of written evidence, witness testimony and or the relevant statement that the level of its truth by Adjudication Committee on systematic land registration or by the Chief of the Land Office on sporadic land registration, are considered proper for right registration requirement, right holder and others people’s rights that is attached to them.

The application must be attached with the evidence of ownership/original document proving the existence of the related rights. Those evidences can be in the form of:

1. grosse certificate of eigendom right which is issued under Overschrijvings Ordonatie (S.1834-27), which had been given notes, that the related rights of eigendom was converted into ownership right.

2. grosse certificate of eigendom rights which was issued under Overschrijvings Ordonatie (S.1834-27) since the enactment of Law Number 5 of 1960 on Principle Provisions of Agrarian (“Agrarian Law”) until the date of land registration is conducted based on the Government Regulation Number 10 of 1961 within the respective area; or

3. letter of evidence of ownership right which was issued under the relevant Swapraja (autonomous region) Regulation; or

4. certificate of ownership which was issued by the Regulation of Minister of Agrarian Number 9 of 1959; or

5. certificate of ownership right from the authorized officer, either before or since the enactment of Agrarian Law, which is not followed by the obligation to register the given rights, but it has fulfilled all the obligation which mentioned in it; or

6.  the private deed of transfer of rights that was given mark of testimony by Adat Chief/Head of the Village/Kelurahan which was made before this enactment of this Government Regulation (GR No. 24/1997); or

7. deed of transfer of land right which was made by PPAT, of which land has never been recorded; or

8. deed of waqaf oath/letter of waqaf oath which was made before or since the implementation of the Government Regulation Number 28 of 1977; or

9. the minutes of the auction which was made by an authorized Auction Officer, of which land has not been recorded; or

10. the appointment letter or the purchase of land plot for replacement of land that was taken by Government or Local Government; or

12. an information letter of land history which has been made by the Land and Building Tax Service Office; or

13. the other form of any written evidence with any other name as also referred in Article II, VI and VII convertible provisions of Agrarian Law.

If, the written evidence of the land ownership is not complete or no is longer available, the verification of ownership shall be performed with the witness’s testimony or statement considered as reliable in the opinion of Adjudication Committee or the Head of Land Office. What is meant by the witness is a person who is competent to give testimony and knows about that ownership of land.

In the condition of the unavailability of evidence instruments as mentioned above, then Article 24 of paragraph (2) of GR. No. 24/1997, provide a solution by replacing the unavailability of the evidence of land ownership with the evidence of physical control for a period of 20 (twenty) years or more in a row by the applicant and its predecessors, with the following conditions:

a. that the possession and the usage of the related land was conducted explicitly and in a good faith for 20 years or more in a row.

b. that the fact of the possession and the usage of land is so long as there is no claim and, therefore it is considered to be recognized and justified by the relevant adat community or village/kelurahan;

c. that those things are strengthened by the testimony of people who is trustworthy;

d. that it has been given the opportunity for other party to file an objection though the announcement;

e. that has been conducted a research on the truth of the issues as mentioned above;

f. that finally the conclusions on the status of land and its right holder is formulated in a decision of recognition of related right by Adjudication Committee on systematic land registration and by Chief of the Land Office on sporadic land Registration.

The provision of Article 76 paragraph (3) of the Regulations of State Minister of Agrarian/ Head of National Land Board Number 3 of 1997 on the Implementation of Government Regulation Number 24 of 1997 on Land Registration (“Regulation of State Minister of Agrarian No. 3/1997”) regulates further about the evidences of the land ownership which is not available, as stated in Article 24 paragraph (2) of GR No. 24/1997.

The application must be submitted with the following attachments:

1.)  statement letter from the applicant stating the following matters:

b. that the possession of the land has been conducted in a good faith;

c. that the possession has never been claimed and therefore it considered to be recognized and justified by the related adat community or village/kelurahan;

d. that the current land does not contain matters that do not correspond with reality, the signed statement letter which stated the willingnes to be sued in front of the court by criminal or civil claim if providing false information;

2.) Information letter from the Head of Village/Urban Village (Lurah) which usually known as Letter of Land Information and at least 2 (two) witnesses whose its testimony can be trusted, because of its function as a local traditional elders and/or residents who have lived in a long time in the rural/village where the relevant land located and, has no family relationship with the applicant until the second degree in both vertical and horizontal, which confirms the statement of the applicant in the Letter of Land Information above.

Verification of the old rights is usually conducted by groups of people who have not experienced modern administration and agrarian law. After the evidence of physical possession is attached to the application for land rights, and then conducted an investigation of the land as part of the land registration process, then it will be clear that the rights holders and the land has been registered and the holder of such rights have legal relationship with the land. As proof that the right holder is entitled to his or her land, the National Land Agent will issue a Certificate of Land. With the land registration and the issuance of the Certificate of Land, then legal certainty is achieved. 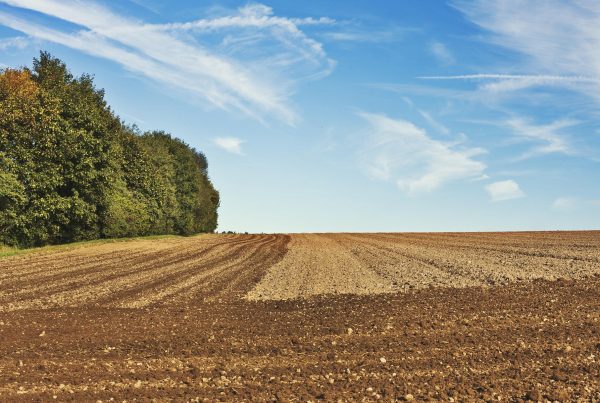