Hit enter to search or ESC to close
Geothermal 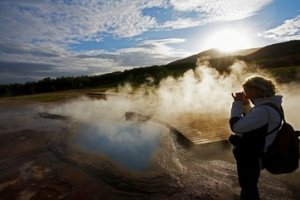 Geothermal is a source of heat energy contained in the hot water, steam, and rock along with minerals and other gases. In its utilization there is a direct and indirect means way. Direct utilization is an activity without making the conversion from thermal energy and / or fluid into other kinds of energy for non-electrical purposes. While Indirect utilization is the activity through the conversion process of thermal energy and / or fluid into electrical energy.

Geothermal is a renewable natural resource and environmentally friendly that has great potential but has not been optimal in its utilization so it needs to be encouraged and enhanced in a planned and integrated manner in order to reduce reliance on fossil fuels. To maintain continuity and national energy security as well as efficiency and effectiveness of the geothermal for indirect utilization for power generation, the Government has to regulate its implementation.

Significant differences, the previous geothermal regulations classified it as mining activities so that the geothermal potential in the forest conservation area cannot be used optimally. In addition, indirect utilization is conducted by region but now all the authority is by the central government.

The Central Government and / or with coordination with the Minister of Energy and Mineral Resources (“ESDM Minister”) has the authority to implement an indirect utilization of geothermal.

Cultivation activities of geothermal for indirect utilization is implemented in an operational area. In order to establish the operational areas, ESDM Minister may conduct preliminary survey or preliminary survey and exploration. survey preliminary means activities including the collection, analysis and presentation of data related to information about the condition of geology, geophysics, and geochemistry, and surveys of ramp’s e temperature if necessary, to estimate the location and the presence or absence of geothermal resources. While exploration means a series of activities that include geological, geophysical, geochemical, test drilling and exploration drilling aimed to obtain information about subsurface geological conditions in order to locate and obtain estimates of geothermal reserves.

ESDM Minister may offer the operational area by way of tender. The tender is conducted publicly by considering the technical and financial capacity of the bidder. To provide assurance that the winning bidder will implement exploration after the IPB granted, the winning bidder must deposit exploration commitment in the form of an escrow account before IPB is granted. The tender is conducted in two (2) phases, i.e: 1) The first stage of tender is to determine the Bidder who fulfils an administrative and technical and financial aspects; and 2) The second stage is to select the bidder who will be granted IPB by the ESDM Minister. An operational area is determined by considering geothermal system and not more than 200,000 (two hundred thousand) hectares.

If the IPB is granted to the winning bidder, then it must form a new business entity that specifically has purpose to manage the operational area.

Rights and Obligations of IPB Holders

The right of IPB Holder is to cultivate geothermal in the form of exploration, exploitation and utilization in accordance with its operational area and using the geothermal data and information from its operational areas during the period of validity of IPB. Further, the IPB Holder must fulfil the standards of safety and health and the protection and management of the environment, controlling pollution and / or damage to the environment that covers prevention, mitigation, and restoration of environmental functions, as well as fulfil their obligations in the form of state revenue and local revenue in accordance with the provisions of the legislation.

IPB has a maximum period of 37 (thirty-seven) years and can be extended for 20 (twenty) years each time extension. Term of exploration is at the latest 5 (five) years and includes feasibility study activities and can be extended 2 (two) times, for each no longer than 1 (one) year. While the exploitation and utilization has a maximum period of 30 (thirty) years since the feasibility study is approved by the Minister. IPB terminates due to its expired term, returned, revoked, or canceled.